Chris with his 1972 AMC Matador 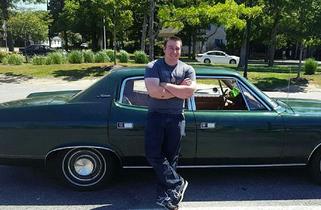 Christopher Lauzon was born and raised on Cape Cod. He studied archaeology at Louisiana State University before returning to his hometown of Marstons Mills, Massachusetts. He primarily writes poetry, but is currently working on a collection of short stories and a series of fantasy novels.

The author of a volume simply titled Verses, virtually nothing is known about E.H.C. Presumably male and possibly a religious official of some kind based on hints in some of his poems, what we do know is that E.H.C. lived and wrote poetry from the 1880s to the 1920s. He also was fairly well traveled, having written poems over the years in locations such as Germany, England, New York and Chicago, among others.